The most beautiful view of Mount Fuji!

Located in the heart of the Five Lakes Region and at the foot of Mount Fuji, Kawaguchi offers the most beautiful view, and has the significant advantage of being a less expensive destination than its neighbor Hakone.

Less than 2 hours by bus from Tokyo, Lake Kawaguchi ( ko meaning "lake" in Japanese) offers a breathtaking view of Mount Fuji . When you arrive at the station, you can choose to rent a bike and set off around Lake Kawaguchi (about 20 kilometers) to find the best viewing angle for your souvenir photos.

The north shore is the most popular with walkers, especially when the cherry trees are in bloom or the maple trees are blushing. But just like the biggest celebrities, the sacred mountain is modest. It lets itself be desired and only the most patient (and the luckiest) will be able to appreciate its splendor.

Find the best point of view on Kawaguchiko

Get up early to optimize your chances of seeing Fuji-san, because during the day, it often disappears under the clouds ... If you want a panoramic view, head to Mount Kachi Kachi . This onomatopoeia would refer to an old Japanese tale featuring a hare and a tanuki (the Japanese raccoon) and would refer to the sound of twigs catching fire. To climb this mountain, two options: the cable car or the hike .

The cable car is taken from Kohan station in the southeast of the lake and costs 700 yen (5.50 €) round trip per adult. In just three minutes you will reach Fujimidai station and its viewing platforms. On a clear day, it is possible to see the Japanese Alps on the horizon.

On foot, it takes 30 minutes to reach the first station and 45 minutes if you decide to extend to the Komitake Shrine , over 1000 meters above sea level. Kawaguchiko is also the rallying point for Mount Fuji climbers during the summer period. From the station, take a bus that will take you to Fuji Subaru Fifth Station (sometimes called Kawaguchiko). In an hour and for 2,700 yen (20 €) round trip, you will be very close to the Yoshida trail leading to the top of Mount Fuji. This path is very busy because of its ease of access and the many lodges along the route.

The city of Kawaguchi: cross the centuries through artistic discoveries

The city has many museums including the Kubota Itchiku Museum of Art named after its creator. This renowned dyer artist has dedicated his entire life to recreating the kimono dyeing technique called Tsujigahana , used in the Muromachi period (14th to 16th century).

The museum presents the ultimate work of the artist-craftsman: The Symphony of Light , a set of 46 kimonos illustrating a landscape changing with the seasons. Only winter and autumn could be completed before the artist's death. He left it to his apprentices to complete the picture by adding representations of summer, spring and the universe, which brought the collection to 80 pieces.

Another curiosity, the Kawaguchiko Music Forest theme park. Taking on European airs, this museum offers the opportunity to discover automatic musical instruments from Europe. The centerpiece? A French organ dating from 1905, 5 meters high and 13 meters wide, playing every half hour!

Whether it is to climb Mount Fuji or simply to observe it from the feet in the water, Kawaguchiko is a peaceful and welcoming place. Walking, cycling, cultural discovery and relaxation at the onsens will punctuate your stay in this city near Tokyo. 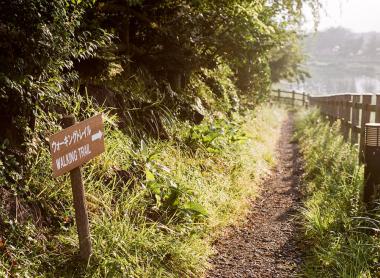 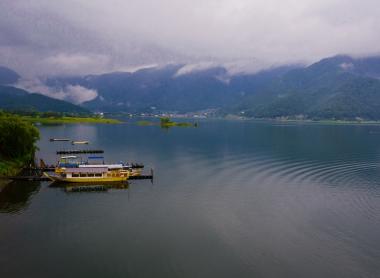 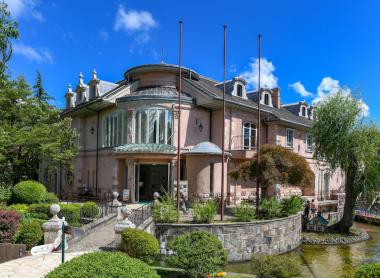 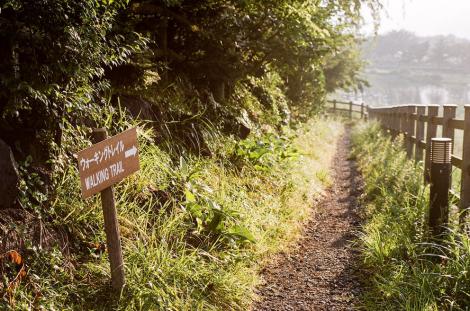 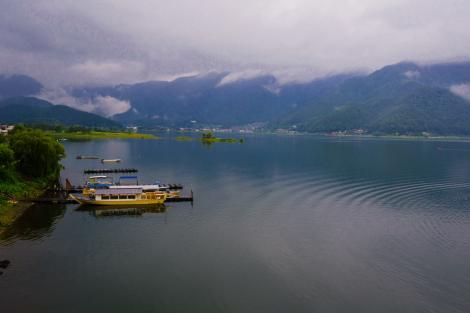 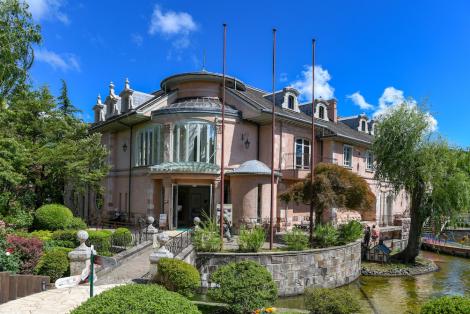 Museums to visit in Kawaguchiko