Jissoin Temple in Iwakura in north east Kyoto is a Monzeki temple known for its superb garden and Kano School painted sliding doors.

Jissoin (aka Iwakura Monzeki or Iwakura Goten) is an important, historic temple in the quiet suburb of Iwakura at the foot of Mt. Hiei in north east Kyoto. Jissoin is a Monzeki temple meaning its head priests were usually drawn from the imperial family.

Jissoin was founded in 1229 by the priest Seiki and was originally located close to the Imperial Palace (Gosho) but was moved to its present location during the Onin War (1467-1477) that destroyed much of the rest of the city. 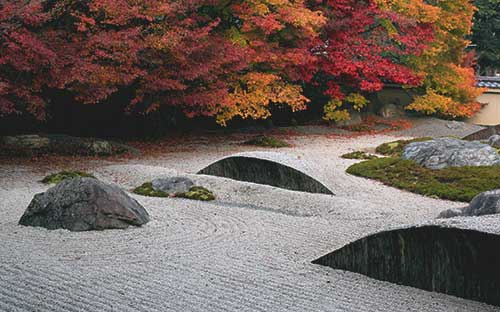 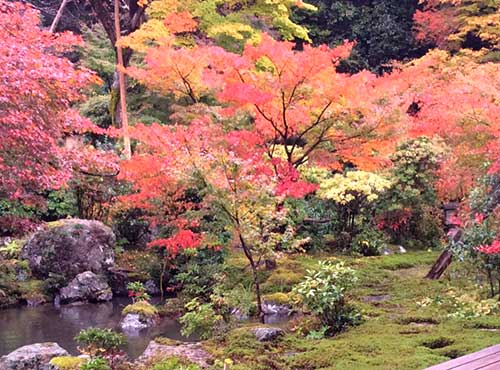 Jissoin Temple is known for its lovely garden which is particularly popular during the autumn leaf viewing season in Kyoto. Views are Mt. Hiei are used in the borrowed scenery of the garden and large stone lanterns can be found here and there.

During the year the changing vistas of the garden are reflected on a lacquered wooden floor inside the temple: bright green in summer, the red of the maples in fall and the white of the snow in winter.

Jissoin's treasures including a standing image of Fudo Myo-o dating from the Kamakura Period (1185-1333) and sliding doors (fusuma) painted by artists of the Kano School in the Edo Period (1603-1868). 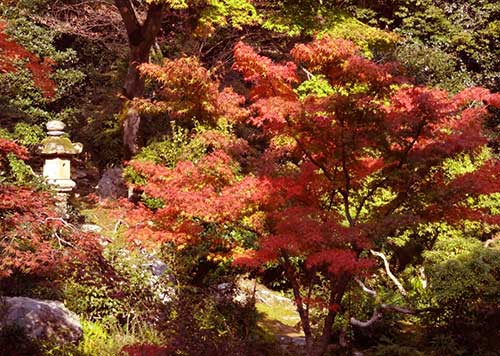 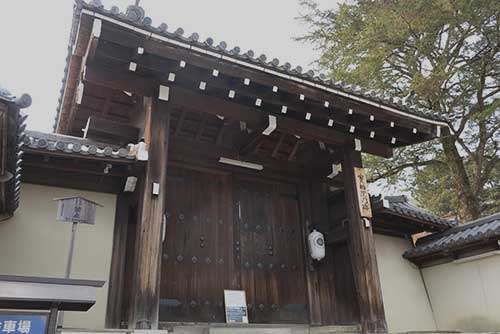 From Kyoto Station take a Kyoto subway to Kokusaikaikan and then a #24 Kyoto bus which terminates at Jissoin. The temple is not within the Kyoto City Bus & Kyoto Bus One-day Pass (500 yen) zone so the fare is a further 170 yen.

Jissoin Temple is close to the Old Secluded Residence of Iwakura Tomomi, Iwakura Shrine, Daiunji Temple and Fudo-no-Taki Waterfall. Lake Takaragaike is about 2 km to the south. 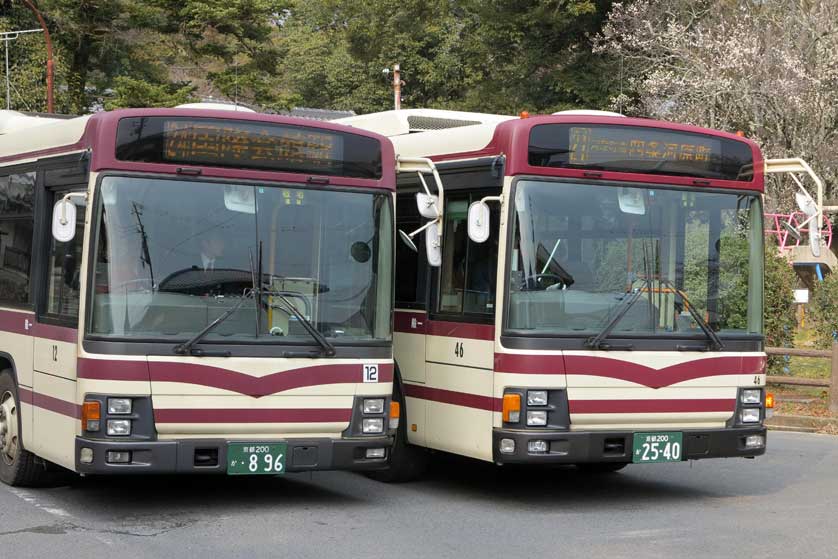