Read a guide to the Tokyo Waterworks Historical Museum, a free, modern museum presenting the history of Tokyo's water supply. 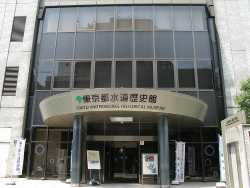 The origins of Tokyo's water supply go back to the year 1590 when the first Tokugawa Shogun, Tokugawa Ieyasu, having consolidated his authority over the nation at his stronghold in the township of Edo (now Tokyo), decreed the construction of a drinkable water supply as one of the first steps in building what became a city.

The Tokyo Waterworks Historical Museum colorfully traces this history on two spacious floors of exhibits. There are imaginatively presented data presentations, interactive presentations (mainly for children), realia representing the technology of water supply from the ancient to the modern, reconstructions of bygone housing showing how Japanese families of old were supplied their drinking water, and a video reenactment of life as it was lived, focusing on the water-related aspects of pre-modern lifestyles, and a library. 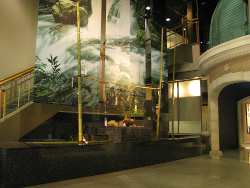 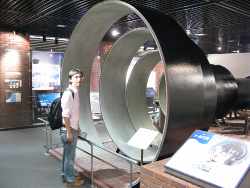 Hours: 9.30 am - 5 pm (last entry 4.30 pm)
Closed fourth Monday of every month (open all other days) except when Monday is a national holiday when it is open, but closes Tuesday.
Closed: December 28 January 4 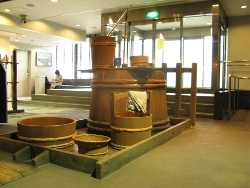 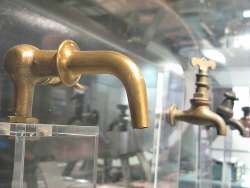