Shitennoji Temple, in the Tennoji district of southern Osaka, is often claimed to be the oldest temple in Japan, founded in 593 by Prince Shotoku (572-622), though nothing remains of the original buildings as Shitennoji has been constantly destroyed by fires and rebuilt over the centuries. 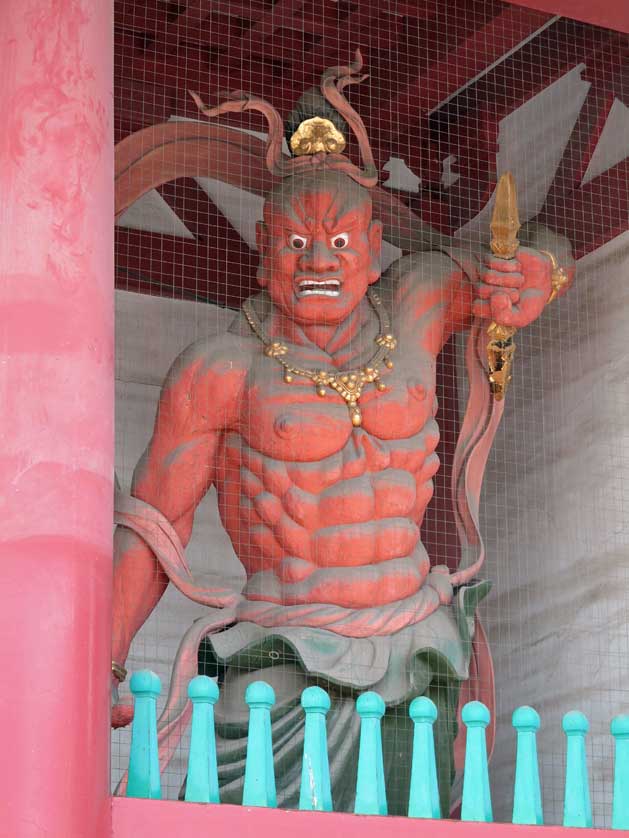 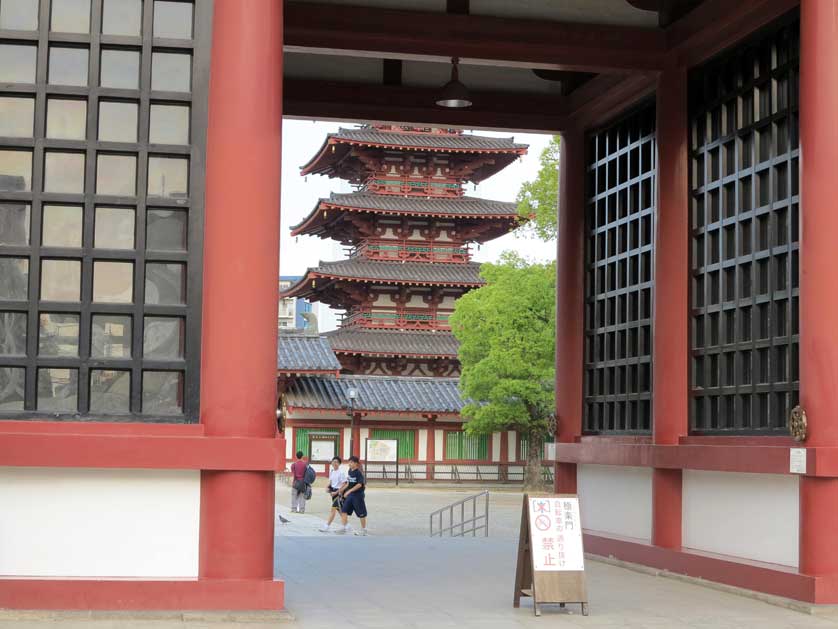 The Shitenno are the four heavenly kings of Buddhism and Prince Shotoku built Shitennoji to honor them as the state sought to spread the new faith in Japan.

The stone torii gate at the main entrance to Shitennoji dates from 1294 and is the oldest of its kind in the country. Several other buildings at the temple remain from 1623, though the Kondo (Main Hall), five-story pagoda, Kodo (Lecture Hall), Taishiden Hall and corridor were built post-World War II in 1965 as replicas of the original 6th century structures. Prince Shotoku is enshrined in a statue of Kannon in the Main Hall.

The many gates at Shitennoji Temple are guarded by wooden statues known as Nio or Benevolent Kings. These impressive temple gates include the Great West Gate (Gokuraku-mon), the Great East Gate and the Great South Gate (Nandai-mon). 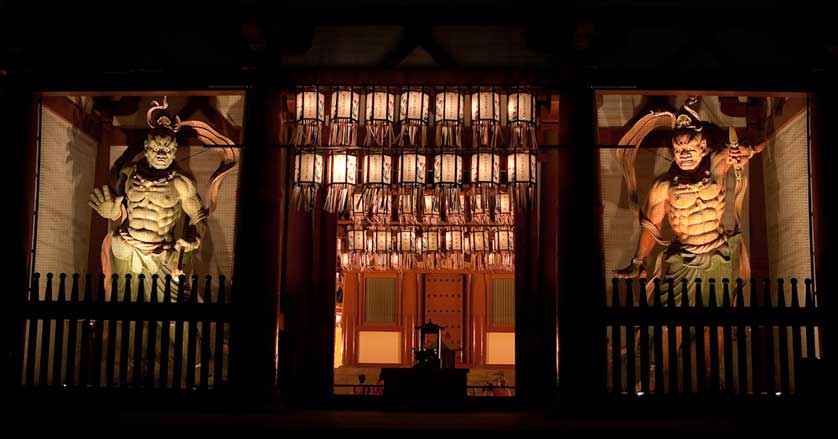 Since its founding Shitennoji Temple has been associated with health and welfare. The original temple included the Hiden-in (Welfare Institution), the Ryobyo-in (Hospital), and a Seiyaku-in (Pharmacy). Today the area of Tennoji in south Osaka still has a number of hospitals close by including Shitennoji Hospital, NTT Nishinihonosaka Hospital and Osakakeisatsu Hospital.

Shitennoji Temple is the headquarters of the Washu sect of Buddhism and the treasure House contains a number of National Treasures including swords said to have belonged to Prince Shotoku and a copy of the Heian Period Hokekyo sutra. The Treasure House also holds documents, paintings and sacred objects which are displayed in themed exhibitions throughout the year.

Shitennoji plays host to a number of important festivals including Shusho-e (Doyadoya) on January 14 and Higan-e rituals on the spring and autumn equinoxes. A large and popular flea market takes place on the temple grounds on the 21st and 22nd of each month. They begin early around 8 am and are winding down by 4 pm.

The five-story pagoda can be entered and climbed. 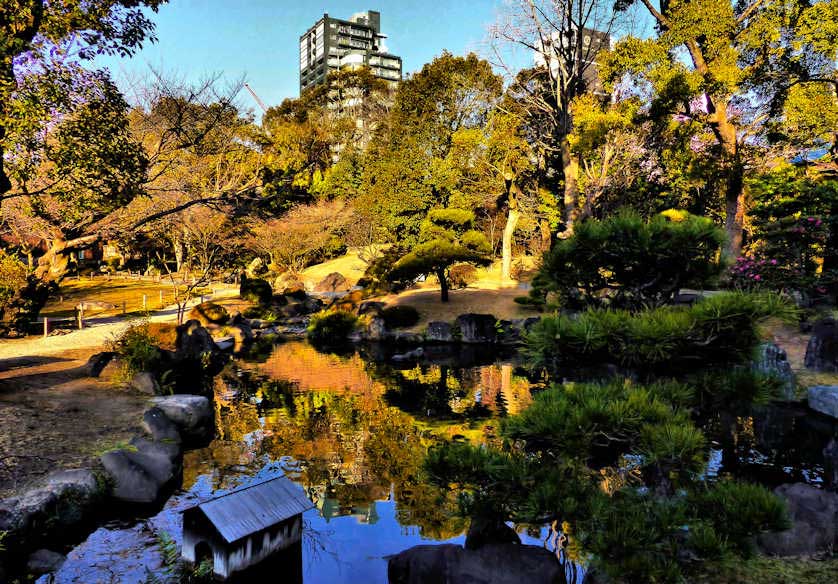 The Gokuraku-jodo Garden, laid out in the early Edo Period, is based on an idea of the Western Paradise of Amida with pleasant ponds and rock waterfalls, cherry trees, irises and stone lanterns. This is a mythical landscape common to Mahayana Buddhism in East Asia. Pure Land gardens began to be created in the late Heian Period, but none of these historical gardens still exist in their complete form. The Kame-no-ike Pond in the main complex is famous for its scores of basking turtles.

The gardens are built around two large ponds connected by a meandering stream. The water come from two small artificial waterfalls. The Waterfall of Shaka is a ryumin-baku style feature, translated as Dragon Gate Waterfall, and the water feeds into Ruriko Pond by way of a stream called the River of Hi.

The gardens can of course be enjoyed throughout the year, but there are a lot of cherry trees blooming in late April, and plenty of colors in the autumn. 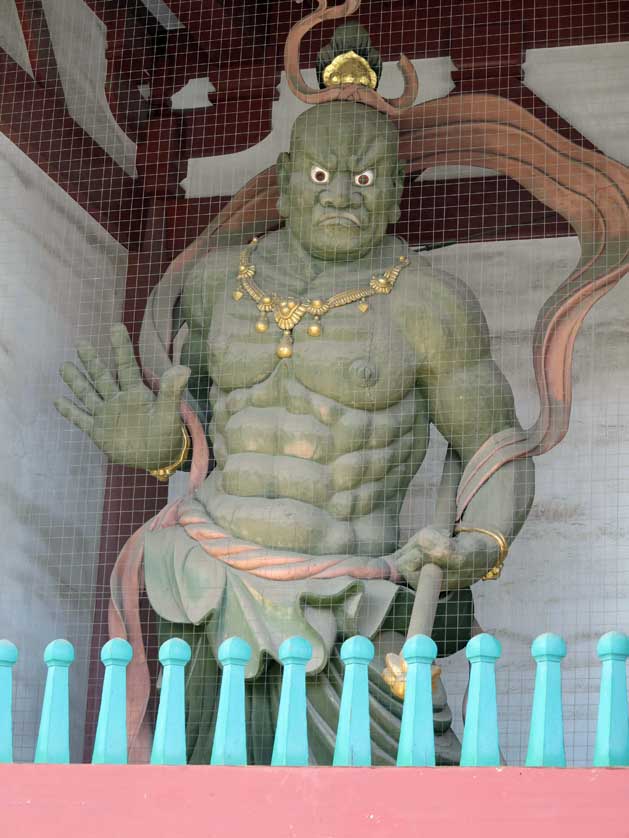 Admission to the grounds is free but there is an admission charge for the Gokuraku-jodo Garden and the Treasure House. 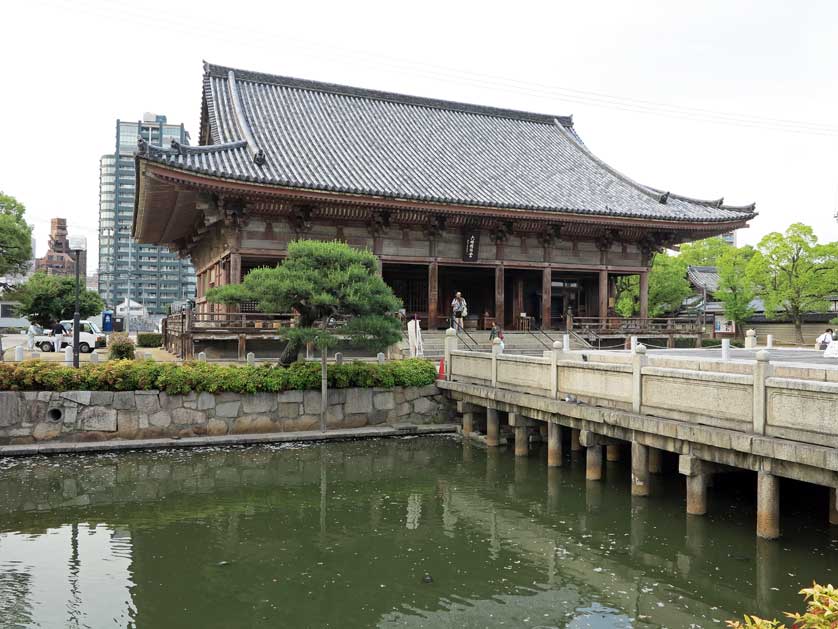 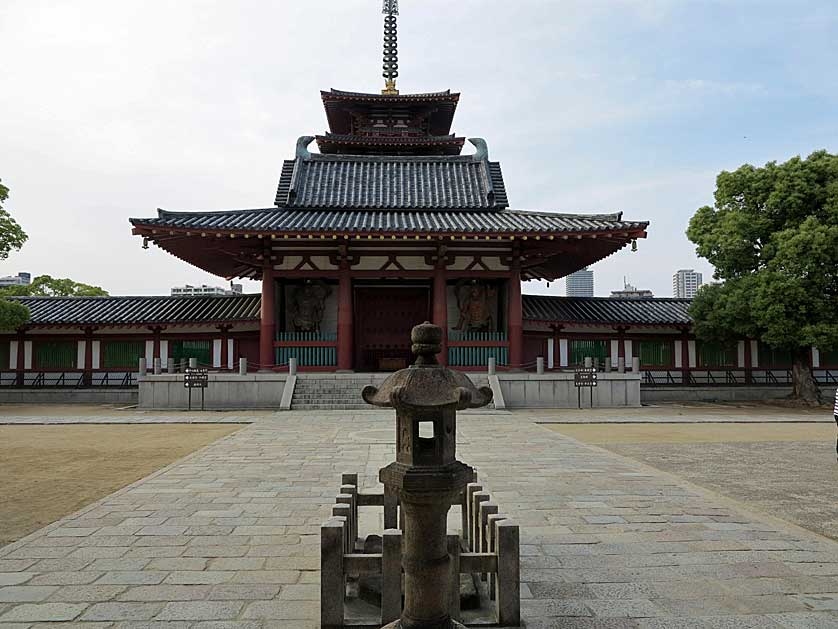 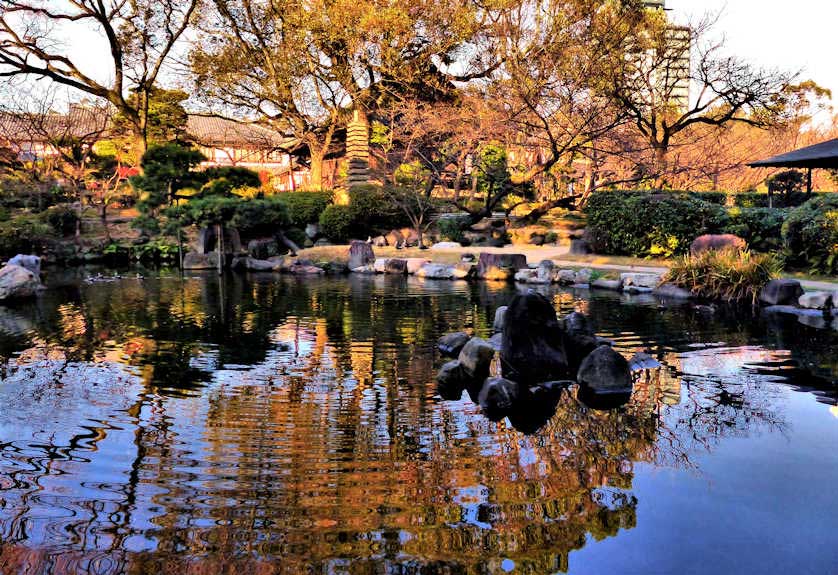 The delightful gardens at Shitennoji Temple in Osaka

$40 per person
Discover all our activities in Osaka (147)

Sumiyoshi Taisha, in southern Osaka, is claimed to be one of the oldest shrines in Japan.

In the Kita district of Osaka, discover the astonishing Dojima Yakushido with its super-contemporary design, a temple founded 1,400 years ago!

The Awashima Jinja Shrine houses a collection of several thousand dolls believed to bring good luck to those who come to deposit them there.