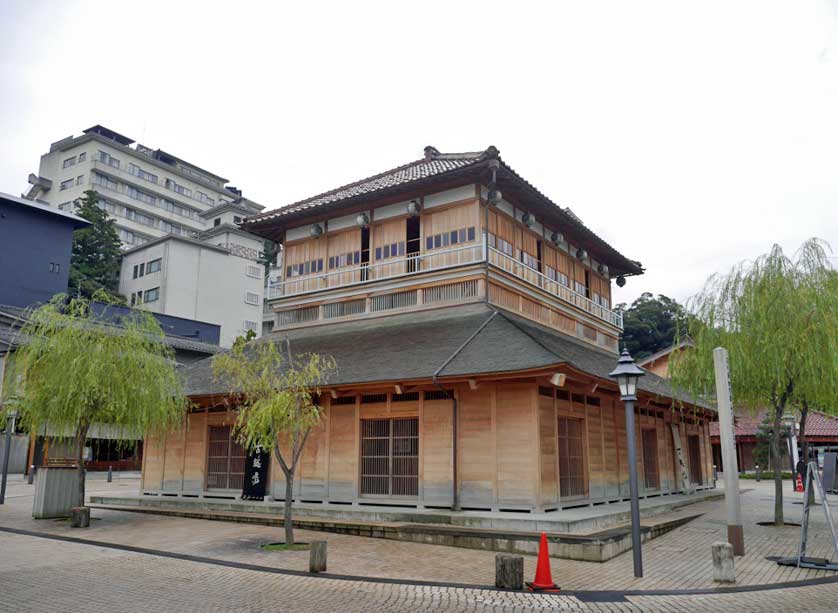 Kaga, officially a city, is a mecca for onsens on the northern coast of Japan, facing the Japan Sea. The area to the south is mountainous and includes some great hiking, while Kaga itself has a host of interesting sites to explore between onsen visits. Kaga is an easy drive or train trip from Kanazawa, Takayama or Fukui due to its status as one of the most popular onsen areas in Japan.

Yamashiro Onsen is one of the only towns in Japan where the layout of the town is based on and rings around the main onsen.

Ko-Soyu is a reproduction of an onsen built in the Meiji period, it features lovely Kutaniyaki tiled walls and a wooden structure. The design has won various design awards since opening several years ago. Entry is 500 yen and the bath is open from 6 am to 10 pm. Nearby Soyu is also worth a visit for onsen fans. The locals prefer to visit this public bath, with it's cheaper price at 420 yen and more facilities than the fancier Ko-Soyu.

Once you have finished a soak or two in the baths, dining and chilling out in Hazuchio Gakudo is the best thing to do. Another recently built area that still has a traditional charm and appeal, there are a few nice, reasonably priced restaurants to try out. The Kutani-yaki Kiln Museum is also worth seeing if you are interested in seeing how these old-fashioned ceramics are made. It is open from 9 am to 5 pm and costs 310 yen. 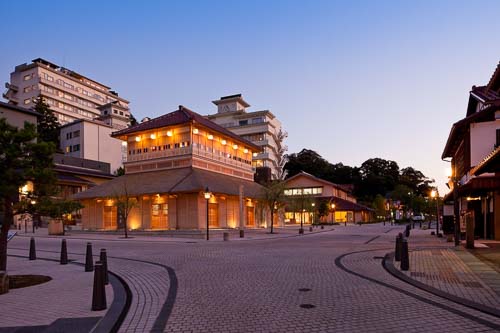 Located up in the mountains approaching the Japanese Alps, Yamanaka Onsen is home to a very traditional, laid-back way of life with a highly respected lacquerware industry.

The onsen district is a lovely place for a walk around and the place to check out Kino-no-yu, the area's premier onsen. With an old-school wooden interior and a simple bath, it feels like a true onsen experience. The main street to visit is Yuge-Kaido, which runs from Kino-no-yu. Local arts and crafts are available for sale, and there are many Japanese restaurants and bars to try out.

Visitors should not miss out on Kakusenkei Gorge. A path runs along this stunning river, and the walk is 1.3 km in total. It makes for an easy walk, with small waterfalls and rock formations providing many great photo opportunities along the way. Halfway along is Kakusenkei Kawadoko, where you can enjoy Japanese macha tea while sitting by the river. Kakusenkei Gorge can be reached from any of the Canbus stops in Yamanaka Onsen, then by walking south to the river. 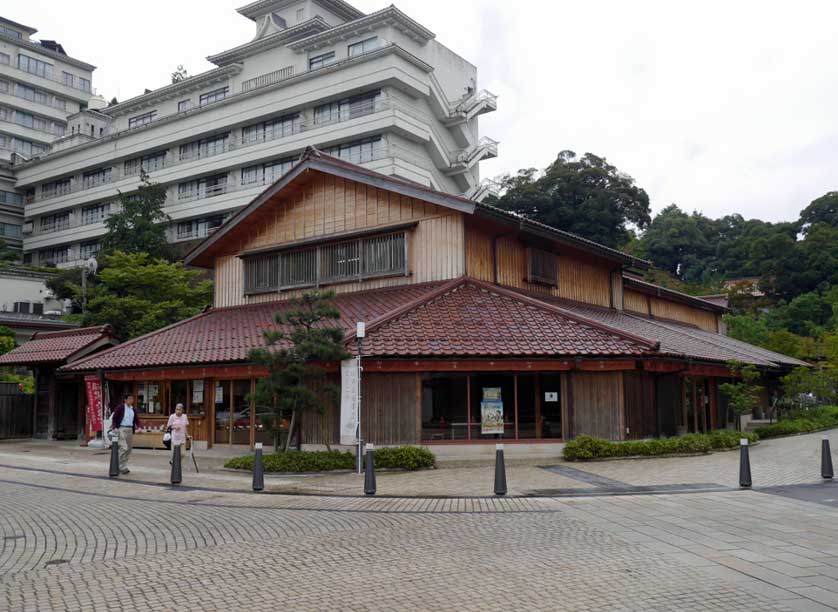 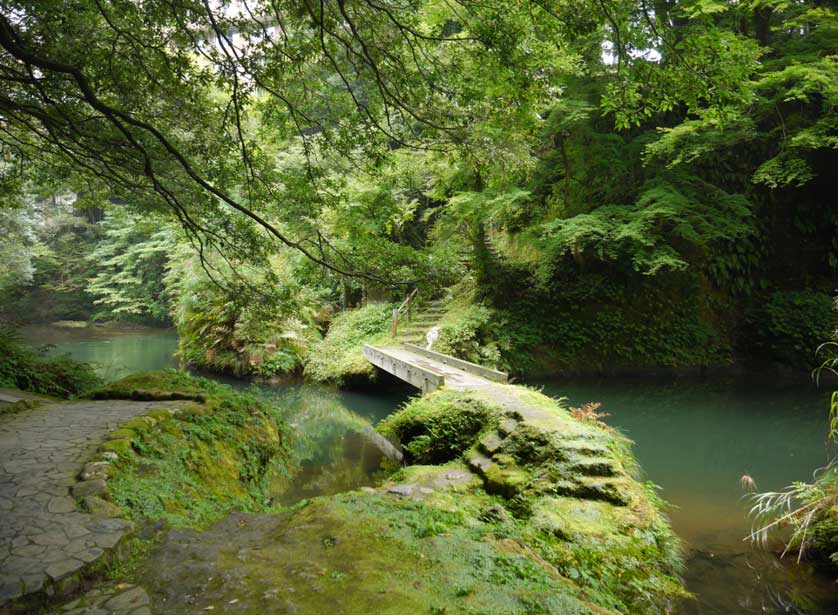 Katayamazu Onsen is a little different from the other towns in that the hot springs are located along one of Kaga's main lakes, Shibayamagata Lake or Shibayamagata Lagoon. This offers spectacular views from your bath, with Mount Hakusan in the distance. Shibayamagata Fountain goes up to 70 metres in displays 15 times a day. Visitors should also walk to Ukimodo, a small hall lit up in the evening that is accessed via a boardwalk into the lake. There are also short tour boats that run from April to September.

The Engawa Footbath on the lake banks is a cool way to soothe tired feet. Located at Sunahase Park, it is free to enter. In addition to this there are many onsens along the edge of the lake. Top onsens include the large outdoor rotemburo bath at Maruyu, the basic but stylish Nagayama and Kagayashio, which features Keiseki Ryori (traditional Japanese food).

Katayamazu Onsen was known as the "pleasure onsen" (歓楽温泉) and besides hot baths there are still a number of things to do for entertainment including the Museum of Snow and Ice, the Kitamae Ships Museum and an artificial geyser that rises up from the lake every hour. The onsen was discovered in 1653 and developed as a spa town from the Meiji Period on. 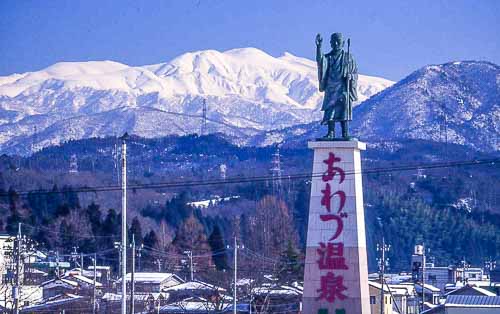 Awasu Onsen was supposedly discovered by the same monk who founded nearby Natadera Temple. The waters here are good for curing a number of illnesses and can be enjoyed in your inn or at the modern Soyu or public bath.

Hoshi Ryokan in Awasu Onsen began in 718 and is the world's second oldest running hotel having been run by the same family for over 45 generations. (The oldest hotel in the world is believed to be the Nishiyama Onsen Keiunkan in Yamanashi where Tokugawa Ieyasu stayed twice). 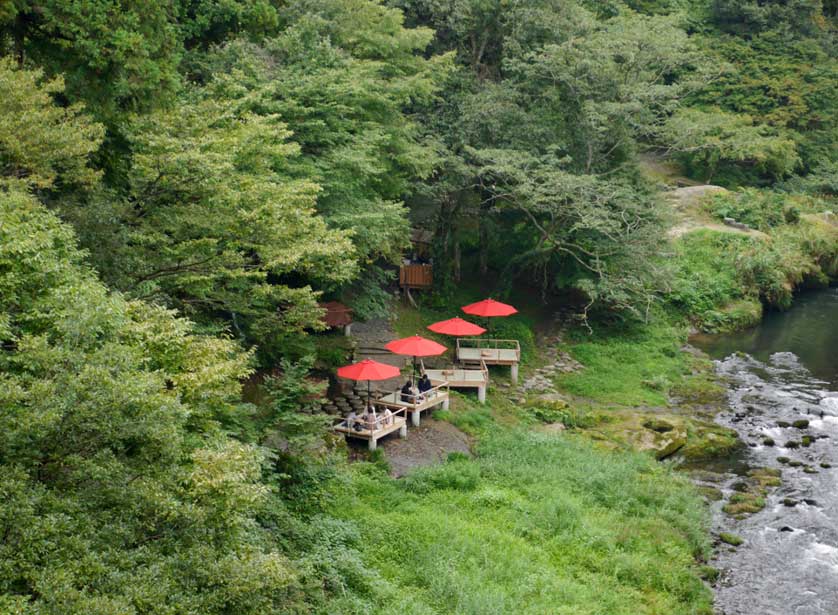 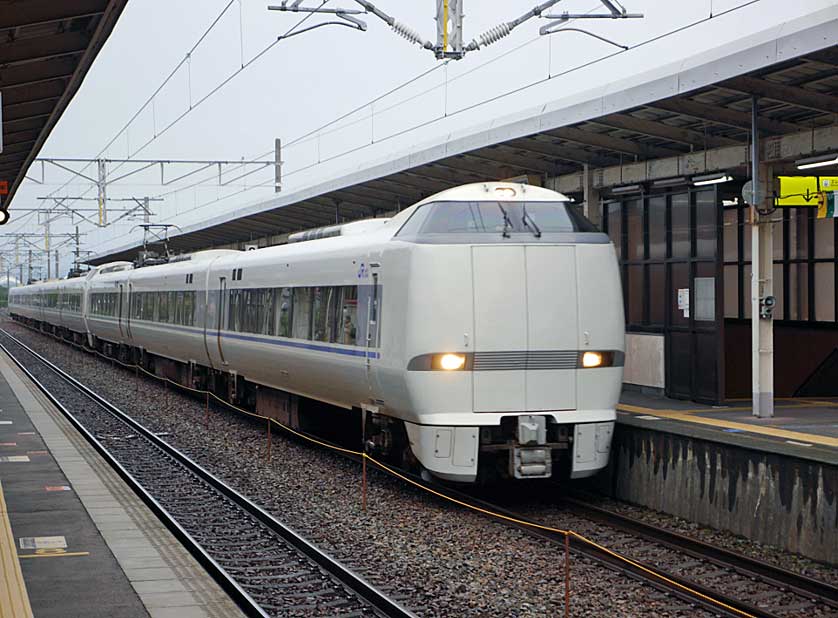 There are a variety of traditional ryokan and minshuku in the Kaga area. Some are near the station, but the more traditional ones are in the various onsen towns. The Yamashiro tourist office and the tourist office inside Kaga Onsen Station have plenty of options and lots of information.

Onsen resorts in Japan traditionally have lots of museums and Kaga Onsen is no exception. Museums provide something for the guests to do (and somewhere to spend their money) in the time between breakfast and dinner in their hotel or ryokan. In previous times these museums would have included a hihokan or sex museum, but now these are mostly long gone.

Katayamazu Onsen has a few interesting museums. Close to the edge of Shibayamagata Lagoon are the Museum of Snow and Ice and the Kitamae Ships Museum. The former is dedicated to the life and work of Nakayama Ukichiro (1900-1962), a local scientist who researched snow crystals and made the first artificial snowflakes. The Kitamae Ships Museum is housed in the residence of a former shipbuilder in Hashidate Port, which was on the old Edo Period trade route along the Sea of Japan.

Near Daishoji Station in Kaga town is the Kutaniyaki Art Museum dedicated to Kutaniyaki-style ceramic, a style of pottery that began in the Edo Period.

The area around Yamashiro Onsen also has a Kutaniyaki Exhibition Hall with more examples of the multi-colored porcelain. Near here is also Rosanjin's Hut Iroha - the restored home of the multi-talented Rosanjin (1883-1959), who lived here for a short period, making ceramics.

In the area north to Komatsu are the Airport and Aviation Plaza just across from Komatsu Airport with aircraft and flight simulators on show in an airplane hangar. The Matsui Hideki Baseball Museum is dedicated to one of Kaga Onsen's favorite sons, the baseball slugger and all-round good guy, who enjoyed a successful career in Japanese baseball with the Yomiuri Giants before moving to MLB and the New York Yankees.

Near Awazu Onsen, the Motorcar Museum of Japan (Tel: 0761 43 4343; closed Wednesday) has a good collection of over 500 vintage cars both foreign and domestic dating from 1900 onwards as well as section dedicated to toilets. (mmj-car.com).

The Ishikawa Insect Museum (Tel: 0761 92 3417; closed Tuesday) near Tsurugi Station is recommended for its butterfly house and specimens of insects from around the world.

From Tokyo, take a direct highway bus from Shinjuku Station to Kaga Onsen (9 hours, from 3500 yen). Both Willer Bus and JR Bus have services. if coming by train from Tokyo Station, the quickest way to Kaga Onsen is to ride the Hokuriku Shinkansen to Kanazawa Station (2 hours, 30 minutes) and then change to a Limited express train (25 minutes).

Once at Kaga Onsen Station, using Canbus is recommended for getting around. Their buses and discount passes can take visitors to all of the towns, and a helper is on the bus to make sure you get off at the right stop and give any advice required. A 1-day pass is 1000 yen and a 2-day pass is 1200 yen.

The Japan Rail Pass is valid for both JR trains to Kaga Onsen.

Mikuriga ike onsen is the highest onsen in Japan, at 2,430 meters above sea level!

Nestled in the mountains, in Ishikawa Prefecture lies a spa more than a million years old.

Visiting an onsen (hot springs) during your trip to Japan is an absolute must-try experience. The Kanazawa region has some wonderful onsen on offer.