The Japanese Sword Museum (or Token Hakubutsukan in Japanese) is just north of the Ryogoku area of Sumida ward, Tokyo. The museum showcases the history and technology of swordmaking in Japan, a country whose katana swords wielded by its samurai warriors until only 150 or so years ago have a fearsome reputation for sharpness and strength, not to mention beauty. The katana was the weapon that shaped most of Japanese history. 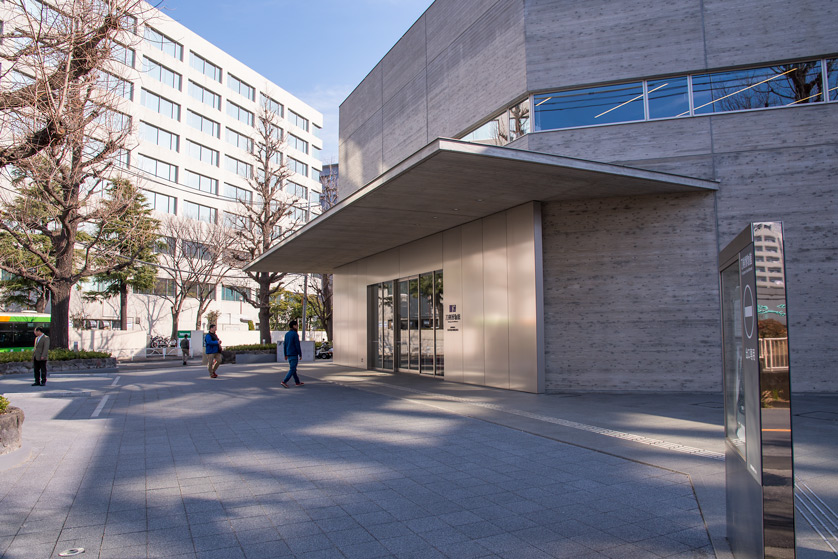 The Japanese have been renowned blade makers for centuries, and exported their swords to Korea and China from the Middle Ages.

The Japanese Sword Museum is operated by the Society for Preservation of Japanese Art Swords (Nihon Bijutsu Touken Hozon Kyokai 公益財団法人日本美術刀剣保存協会), which was founded in 1948 with the aim of preserving this aspect of Japanese culture, partly in response to the Allied Occupation administration's confiscation of weapons, including swords. 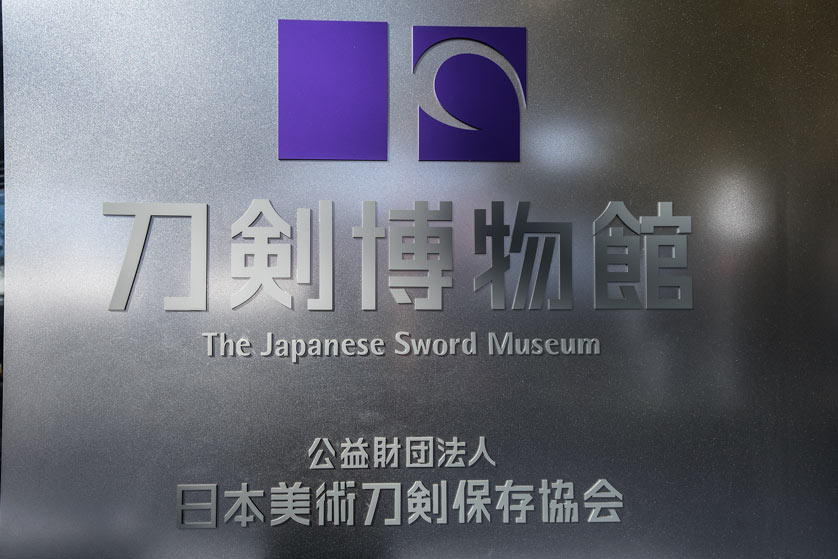 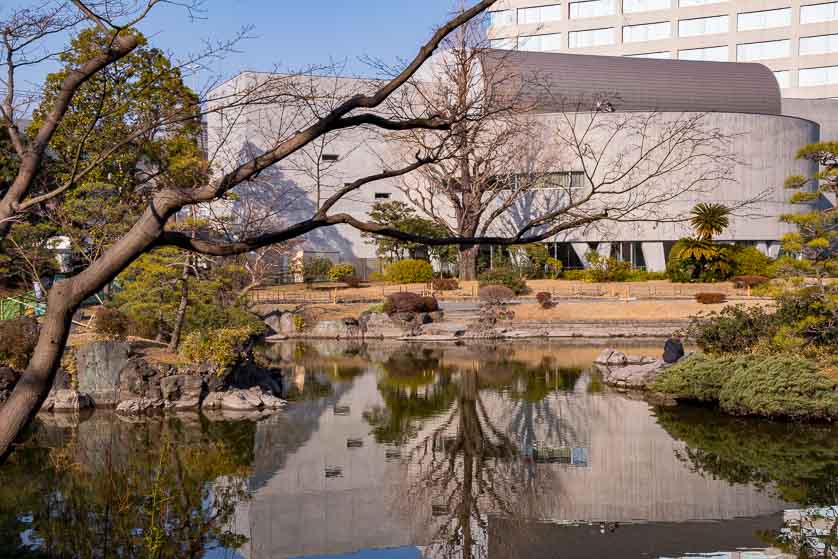 The Japanese Sword Museum was originally founded in 1978, in the Yoyogi district of Shinjuku ward to share Japan's katana sword heritage with the general public. The museum then closed temporarily in March 2017 in order to move to new, bigger premises in the Yokoami district of Sumida ward, just north of Ryogoku, which is famous as the heart of sumo wrestling in Japan. The new Japanese Sword Museum opened in January 2018. 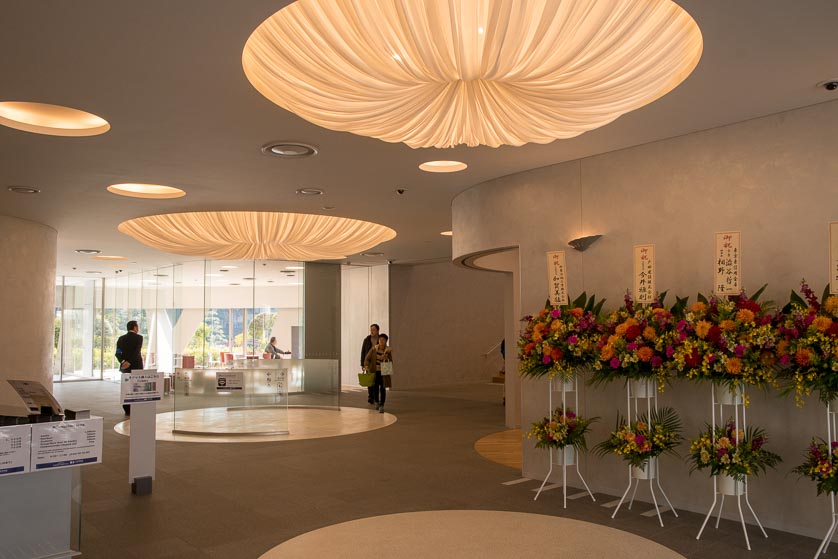 The three-floor Japanese Sword Museum is striking in its architectural design, which is by Pritzker Prize-winning architect Fumihiko Maki, who also designed the National Museum of Modern Art Kyoto and the 4 World Trade Center, New York.

Entrance is by the first floor, which also has a cafe with automatic drink machines and free Wi-Fi, and a museum goods store. There is a reading room on the second floor. On the third floor is a roof garden overlooking the picturesque, historical Japanese-style Kyu-Yasuda Teien Garden (which the Museum shares its ground with), and the main exhibition space.

Entrance to the first and second floors and the rooftop garden of the Japanese Sword Museum is free. Buying a ticket for the exhibition happening on the third floor is optional, and is done at the reception counter on the first floor; however, the ticket is required only for the third floor when entering the main exhibition space there. The rest of the Museum, including the third-floor roof garden, and its grounds are free to enter and wander around.

Thematic exhibitions run throughout the year. See what's on now at the Japanese Sword Museum.

An English-language pamphlet is available, and the main exhibition hall exhibits come with English captions. There is a small permanent exhibition corner on the first floor, but which is in Japanese only. 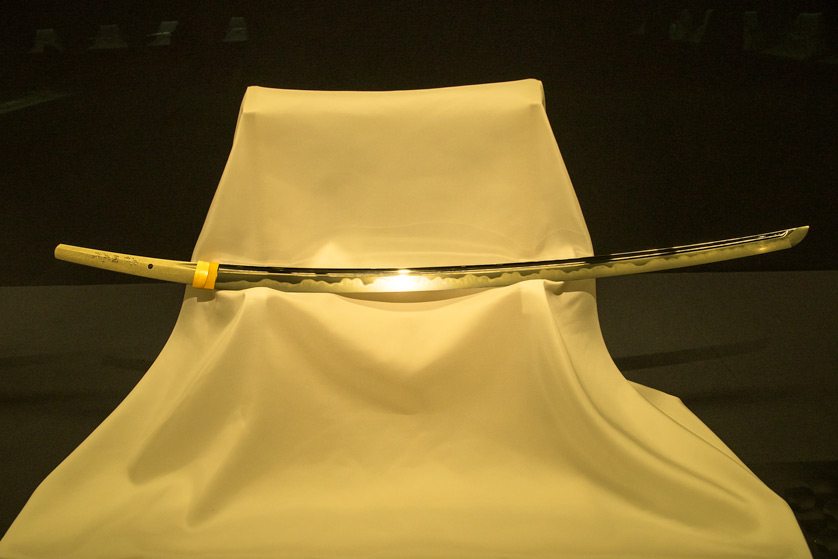 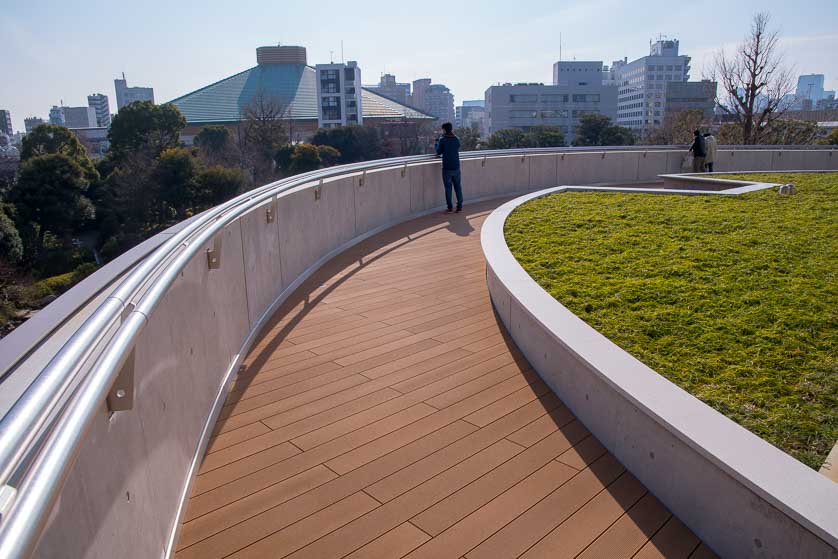 9:30 am - 5 pm (last entry at 4:30 pm)
Closed Monday (but open when Monday is a national holiday, in which case closed the next day, Tuesday). Closed between exhibition changing periods, and over the New Year vacation.
1000 yen for adults, 500 yen for students, free for those 14 years old and younger, but for access to the third floor exhibition hall only. Access to the rest of the Museum is free.

A 5-minute walk from the West Exit of JR Ryogoku Station on the JR Chuo/Sobu Line. Go north (to your right out of the station) past the big hexagonal Kokugikan Stadium, then past Kyuyasuda Garden next to it. The Japanese Sword Museum is on the next corner on your right.
1-12-9, Yokoami, Sumida-ku, Tokyo 130-0015

The Japanese Sword Museum is on one corner of the pretty, walled Kyu-Yasuda Teien Garden. See the Ryogoku guide for other attractions in the area.

The Japanese Sword Museum in Ryogoku, east Tokyo, showcases the katana swords of world renowned quality and beauty that were the power behind the samurai warrior class of old.