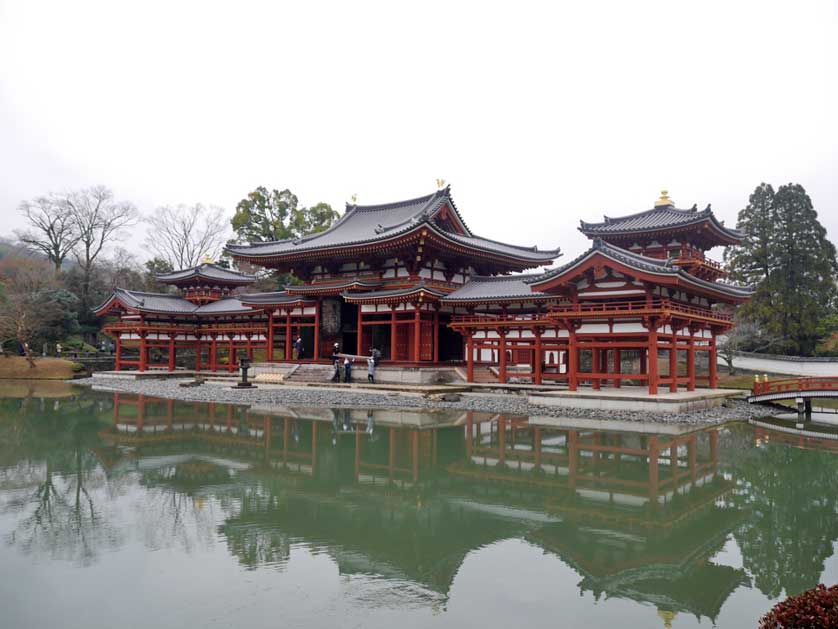 Uji is a popular city in southern Kyoto Prefecture, especially famous for its Byodoin Temple. Featuring two UNESCO World Heritage sites, the town is often overlooked by first-time visitors to Japan in favour of Kyoto and Nara. Uji is surrounded by forested hills, with Uji River passing through the city. 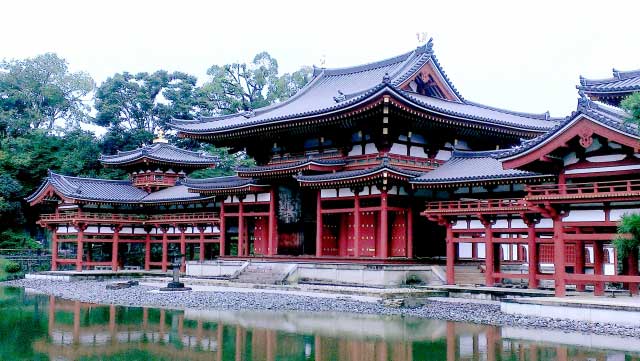 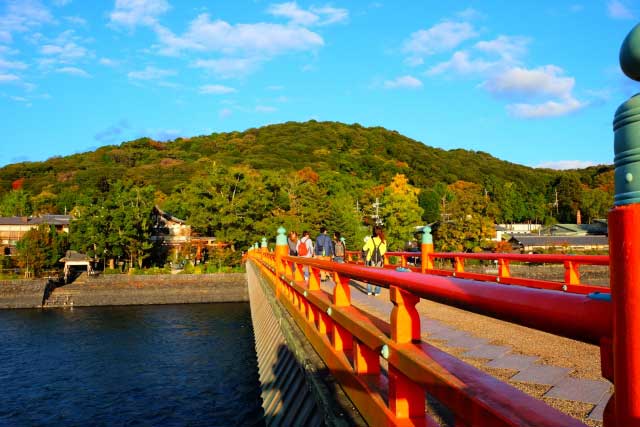 Uji was established in the 4th century by the semi-mythical Emperor Ojin, who is said to have built a palace here. The city really came into prominence when Shogun Ashikaga Yoshimitsu heavily promoted tea cultivation and production in the area during his 1358-1408 reign. The area has since been well known for its superior taste and has some of the oldest tea shops in Japan.

The first place to see has got to be Byodoin Temple, a Buddhist temple originally built over one thousand years ago in 998. Byodoin is one of the UNESCO World Heritage sites in Uji. The stunning temple, surrounded by a pond and with extremely distinct architectural touches, is in another league compared to most temples in Japan.

The highlight of a visit to Byodoin is the Phoenix Hall, which graces Japan's 10 yen coin. With its two wooden wings built to perfect proportions, the central hall is an attempt to create the Pure Land Paradise of the Amida Buddha on earth. Reflected in the large pond in front of it, the Phoenix Hall is an esoteric structure that immediately brings to mind Chinese temples and tantric mandala symbols. The roof is topped with exquisite images of the Phoenix bird which again is a Chinese symbol and one rarely encountered in Japanese architectural details.

Visitors can walk around the temple grounds (500 yen, open 9 am - 5 pm), while those who want to enter the temple will need to join a tour, which run every 20 minutes. You can access the temple by walking up Byodoin Ometesando, full of shops showing off the area's rich heritage of green tea cultivation and local arts and crafts.

Another UNESCO World Heritage site is Ujigami Shrine. This small but interesting shrine is said to be the oldest Shinto shrine in the world. It is a short walk across Uji River's red Japanese bridges and at the bottom of Daikichiyamafuchi Park. Those looking for a short hike can continue up the mountain to the park's summit for a view over Uji. 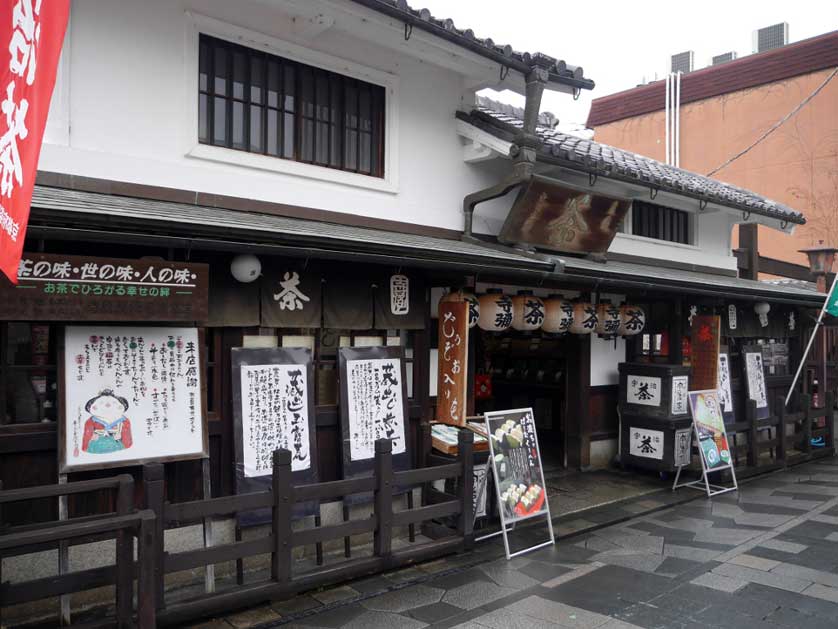 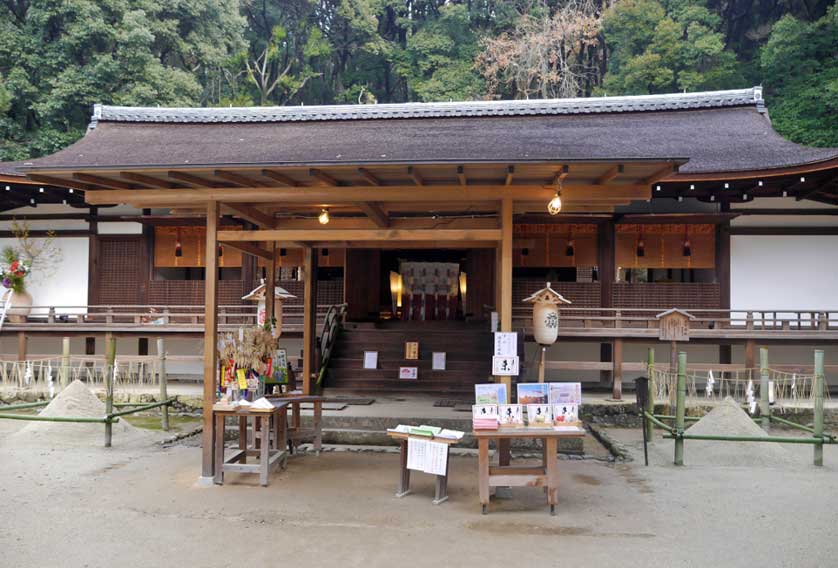 Those wanting to escape the crowds should head over the river and into the hills to visit Koshoji Temple. Quiet, apart from when it shows off its amazing autumn leaves, this temple is still in daily use. Visitors can see worshipers and priests practicing zen chanting, praying and other frequent ceremonies.

The style of the temple is purely Ming and was established in 1661 by a Chinese high priest of China's Obaku Zen Sect. Retired emperor Go-Mizuno'o and Shogun Ietsuna welcomed this head priest and allowed him to set up his temple in Uji, which is remarkable because Japan was so tightly sealed to foreigners in the Edo Period (1603-1868).

For nearly the first 100 years after the temple was built, the head priest continued to be Chinese. What strikes you the moment you see the gate of this temple is the sharply upward curved lines of the roof, particularly at the corners. This detail alone should be enough to signal the extraordinary Chinese influence in the architecture. Once inside the gate you will notice much more: the red colored buildings, the black tiled floor, the broken swastika symbols used in the railings and elsewhere.

The Japan Sencha Tea Ceremony now has its headquarters at Mampuku-ji.

Dotted around town, such as along Byodoin Ometesando, are numerous green tea related shops, cafes and restaurants. Uji is the premier green tea manufacturing location in Japan, and visitors will see the name in shops and cafes all across the nation. The establishments in Uji offer not just traditional tea experiences, but everything from green tea ice cream to green tea biscuits. The Tale of Genji Museum is also worth visiting nearby for those interested in the story.

A little out of the center by bus is Mimurotoji Temple (aka "Flower Temple") which is known for its expansive gardens. Mimurotoji draws the crowds for to its cherry blossoms in spring, azaleas in May, hydrangeas in June and lotus flowers in July and August. THe pleasant temple has a three story pagoda and its main hall contains an image of a thousand-armed Kannon. From Uji Station and Keihan Uji Station the number #43 bus runs hourly to the temple. The nearest station is Keihan Mimuroto Station from where the Mimurotoji is a 15 minute walk. 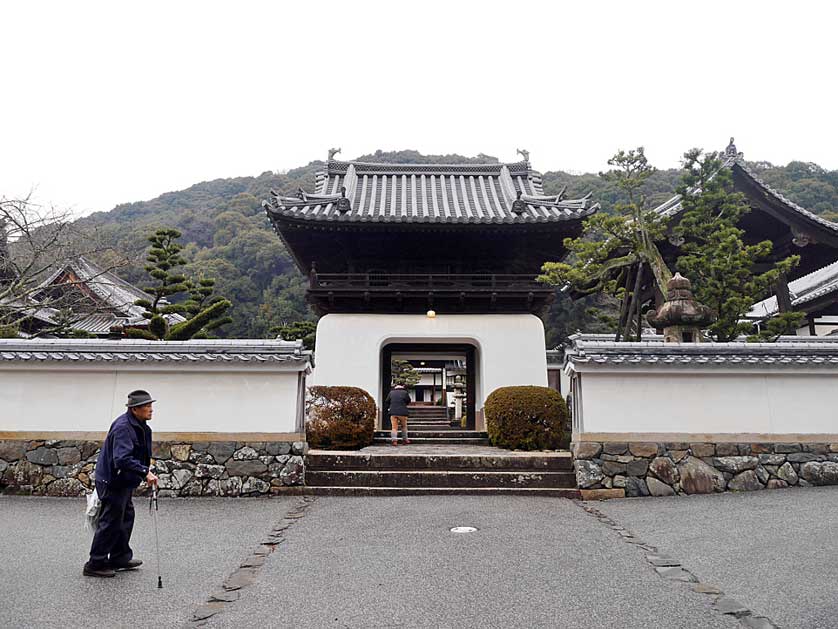 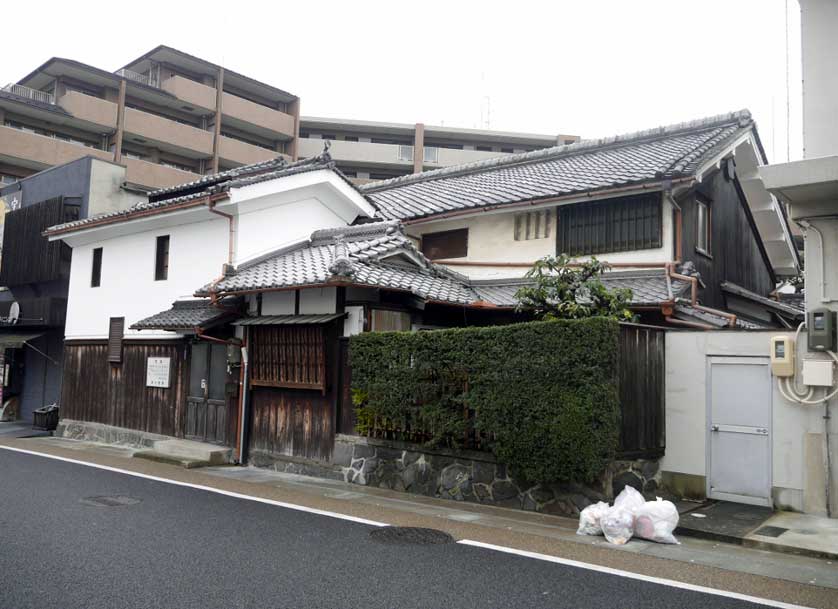 The Agata Festival begins late in the evening of June 5th at Agata Shrine and lasts through to the next morning. A portable shrine (mikoshi) is carried out of the shrine grounds and around town. Along with the mikoshi, the participants in the parade carry a bonten, which is a long piece of wood with many oblong pieces of white paper attached to it to form a large ball. In the darkness the bonten is waved about in a ritual called bonten-mawashi. If one catches a piece of paper that falls from the bonten it acts as a powerful charm to drive away evil. Agata Shrine is close to both JR and Keihan Uji stations.

While the selection of accommodation is not huge in Uji, there is something to suit any budget. Those looking for a budget option should stay at Tabibitoyado Kirinya, a basic hostel with dormitories and small tatami rooms. A good mid-range option is Almont Hotel Kyoto, with good access to trains to Uji. Ryokan fans, or visitors looking for real luxury, should head to Koryuen Seizanso. This hot spring featuring ryokan has everything you could need, and is a short, five minute walk from Byodoin Temple.

Other recommended places to stay in Uji include the luxurious, four-star Hanayashiki Ukifune-en with views of the river from some of its rooms and the two-star Uji Dai-ichi Hotel, closer to Uji Station. 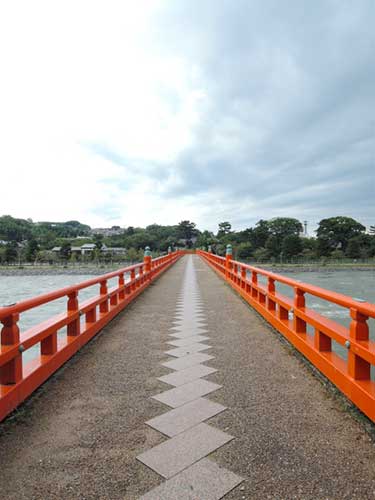 There are two especially fine walking routes in the city that offer the visitor a chance to experience Uji's history and charm.

This path runs along the south side of the Uji River. The name of the path comes from the name of an old method for catching fish that was used in this area. The path passes right by the large pond that reflects the exotic image of Byodo-in Temple (which you can see through gaps in the hedge), the Uji Tourist Information Center, and a traditional Japanese style tea room run by the city called Taiho-an. All along the path the visitor will find wonderful places to relax and take in the lush and almost timeless scene around them. By crossing a bridge and then another on the other side of a small island one can cross the river and start walking along the Sawarabi-no-michi.

The name of this path already existed when the Genji Monogatari was written long, long ago. Sawarabi are the edible shoots of the bracken fern (fiddleheads in English). The flagstone path leads along the river to the base of the hills that border the northern edge of the river. Along the path, the visitor will find Ujigami Shrine (a UNESCO World Heritage Site) and the Tale of Genji Museum. The air is very fresh here, and all around are large trees, bushes and flowers. Near Ujigami Shrine is the monument to the Genji Monogatari.

There are frequent trains from both Kyoto and Nara, making Uji a great place to visit if also visiting these big cities. The city itself is best to navigate on foot, with the main attractions clearly shown on local maps and all within walking distance. 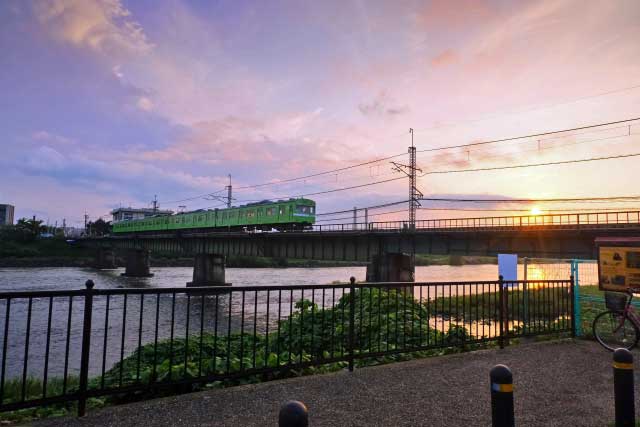 The Japan Rail Pass is valid for JR trains to Uji.

Uji: read a guide to Uji city, south of Kyoto, famous for its green tea production, Byodoin Temple, links to the Tale of Genji and Ujigami Shrine.