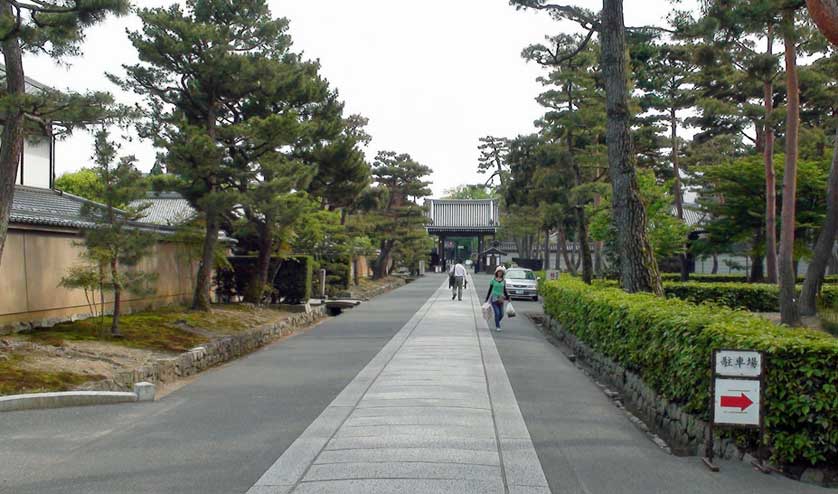 Shokokuji is the second of the five leading Rinzai Zen temples in Kyoto that were built during the medieval Muromachi Period. Shokokuji once housed a collection of well-known panel paintings, which now can be seen at the Jotenkaku Museum on the grounds that opened in 1984.

Shokokuji is a living temple, without the hordes of tourists that plague other sites, and a tranquil spot close to the Imadegawa subway station and the Kamo River.

Most of the buildings are closed to visitors except for a brief viewing period from November 1-10. At this time the Hondo (Main Hall), Hatto (Lecture Hall), Kaisando (Founder's Hall) and Zuishun-in sub-temple open. 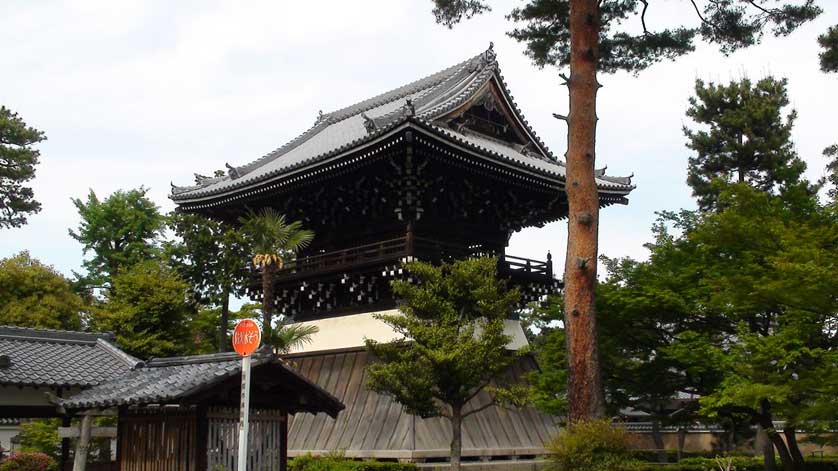 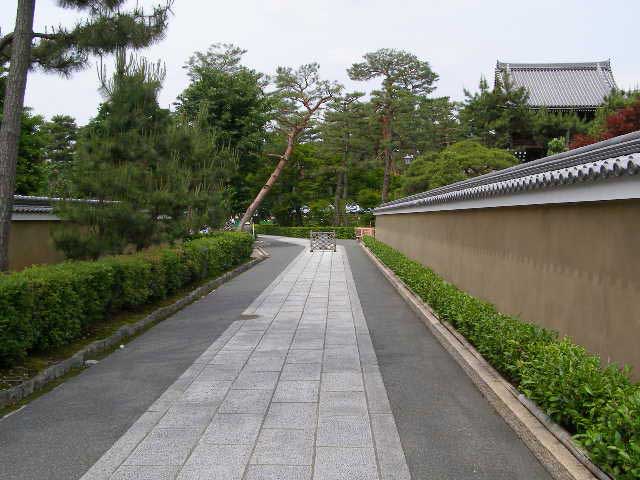 Shokokuji Temple was built by Shogun Ashikaga Yoshimitsu (1358-1408). Initial construction began in 1383 and was completed in 1392. Like many of Kyoto's treasures, however, the temple complex was destroyed by fire and rebuilt many times.

Shokokuji was burnt by a fire in 1425, rebuilt by 1466 but then ravaged by fire just a year later during the Onin War. Over a century was to pass before the warlords Toyotomi Hideyoshi and Ieyasu Tokugawa rebuilt and restored the temple.

In 1788 almost all of the main temples on the grounds were completely burnt to the ground, leaving only the Dharma Hall (Hatto) and the Imperial Gate. The Hatto is the oldest such Buddhist Lecture Hall in the country. At present, there are 13 buildings at the Shokokuji Temple complex.

Yoshimitsu originally created an office at Shokokuji whose function was to oversee all Zen temples--and for the most part those powers remain to this day.

Today Shokokuji is the main temple of the Rinzai sect, Shokokuji School. There are 100 sub-temples of this sect including the famous Kinkakuji (The Golden Temple) and Ginkakuji (The Silver Temple). Ownership of these two jewels of Kyoto tourism is said to make Shokokuji the wealthiest temple in the city.

Shokokuji has a beautiful collection of treasures and cultural assets, which are displayed in the Jotenkaku Museum. The museum holds treasures from a number of Shokokuji's sub-temples including Ginkakuji and Kinkakuji. The tea ceremony room at the museum, Muchu-an, was constructed with timbers saved from the Kinkakuji Temple when it was burnt down by a disturbed monk in 1950.

The art at the museum is shown in rotating and special exhibitions. 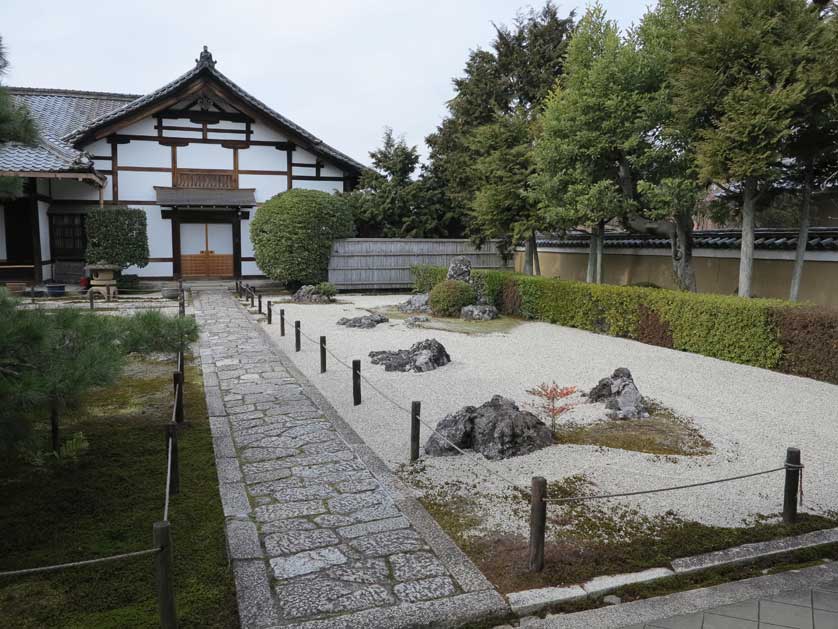 The Shokokuji Temple grounds contain a number of sub-temples, 21 altogether. The Zuiho-in is open to the public in November and is worth seeing for its decorated sliding doors (fusuma) and lovely interior garden with twin ponds, waterfall and stone bridge.

Other sub-temples at Shokokuji include Jisho-in (Temple of Merciful Light), which dates originally from 1405. Jisho-in is the eido or "grave guardian temple" of Shogun Ashikaga Yoshimitsu and bears his Buddhist name (bestowed after death) - Jisho.

It was from Jisho-in where the 9th abbot Besshu Soen was chosen as a diplomat to negotiate with a Korean diplomatic mission of 1711. 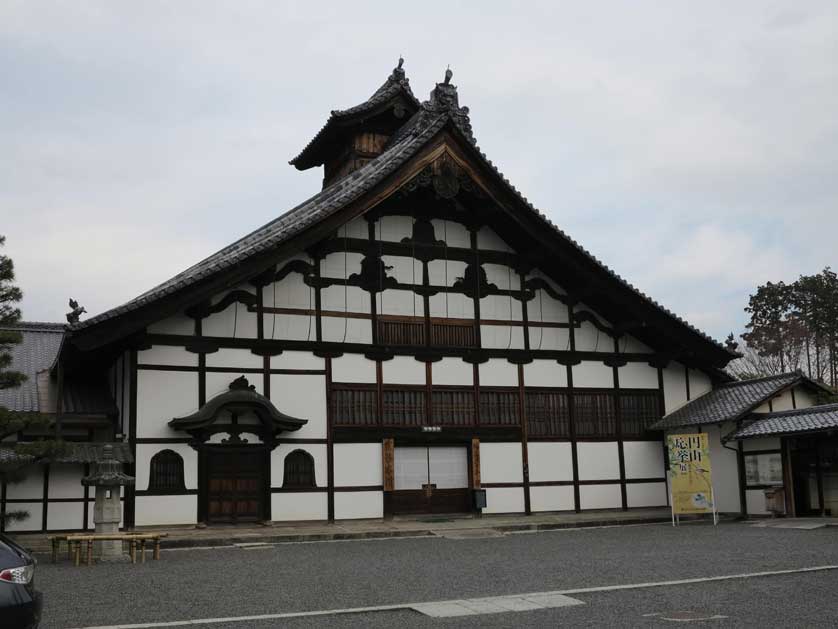 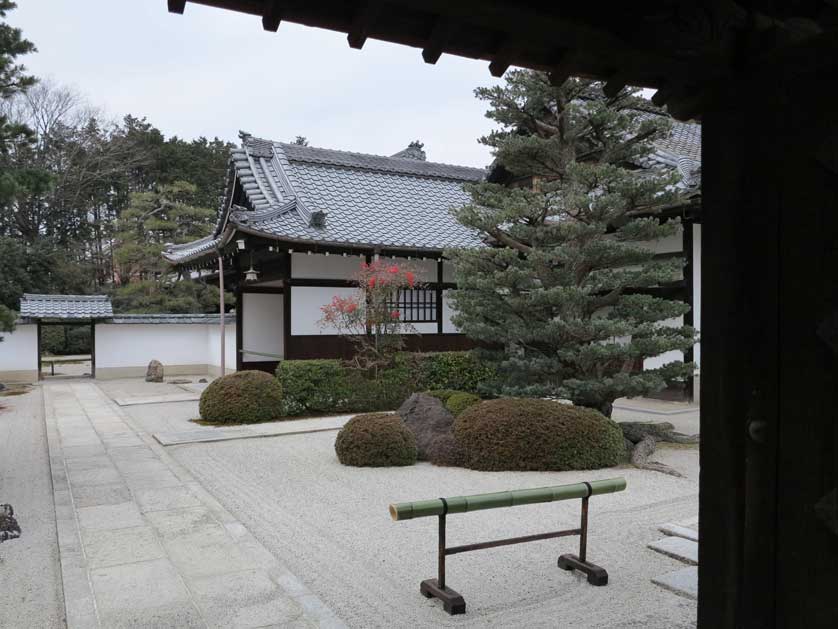 It is a nice stroll from the Imperial Palace taking in Nashinoki Shrine, Rozanji Temple, Shokokuji, Zuishun-in, Kamigoryo Shrine, the banks of the Kamo River then head west on Kitaoji to Daitokuji and Imamiya Shrine. The total walk would be around 2 hours and it is possible to finish the walk with a sento (public bath) at Funaoka Onsen and something to eat and drink nearby.

By bicycle to the temple along Imadegawa.

Zen Gardens and Temples of Kyoto by John Dougill with photographs by John Einarsen is a useful guide to the Zen gardens of Kyoto. 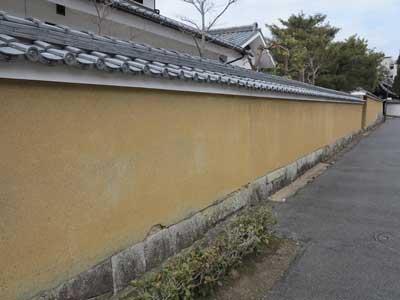 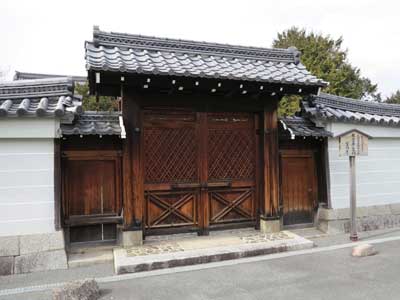