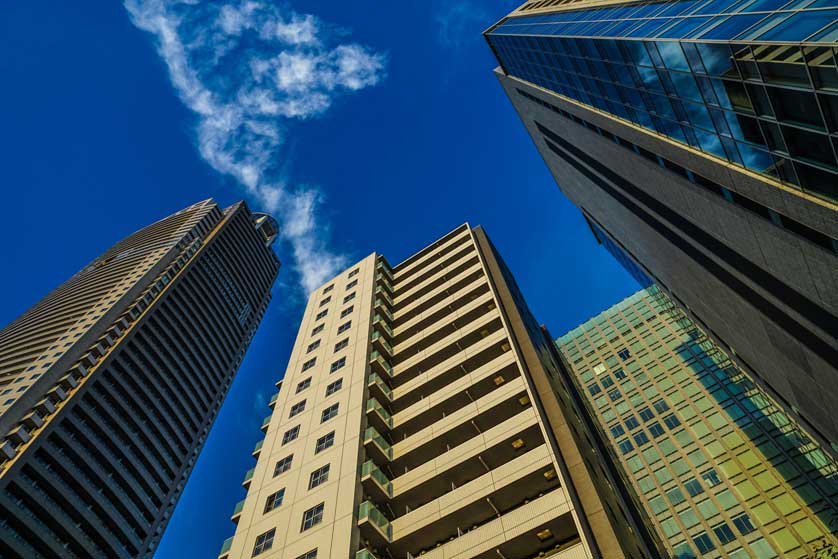 Shiodome in the Shimbashi district, was the site of the first Tokyo railway station, of which there is a famous replica. Shiodome Shiosite is a visually striking shopping, dining and entertainment complex comprising numerous beautifully designed skyscrapers.

Shiodome was an area of marshland in Tokyo Bay during the Edo Period of Japanese history and means "place where the tide stops". Over time the marsh was drained and some feudal lords built their Edo residences on the reclaimed land, including the Date clan from Sendai and the Matsudaira clan from Kofu - the latter is now Hamarikyu Garden. It was from here in Shiodome that water was drawn to feed the moat at Edo Castle. 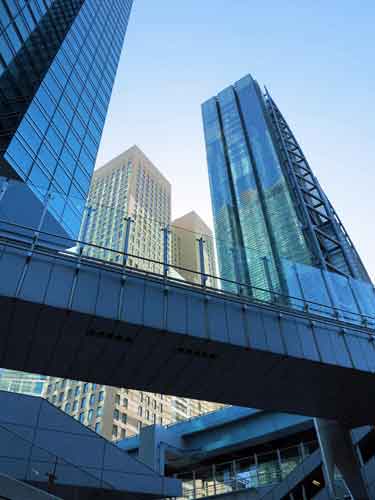 Caretta Shiodome is an office complex/mall that was the second of five projects in Japan by the American architect, Jon Jerde (1940-2015). Jerde's other projects include Canal City in Fukuoka, Roppongi Hills in Tokyo, and Namba Parks in the Namba district of Osaka.

The 51-story Caretta Shiodome's office space is mainly taken up by the advertising giant Dentsu, and houses the free Advertising Museum Tokyo (ADMT) displaying over 135,000 Dentsu advertisements going back over 100 years to the Meiji period, with an advertising-related library (with plenty of English and other foreign language books, too), and regular featured exhibitions.

The 42-story Shiodome City Center is a mix of office space, restaurants and shops including eateries with great views of Tokyo on the upper floors. 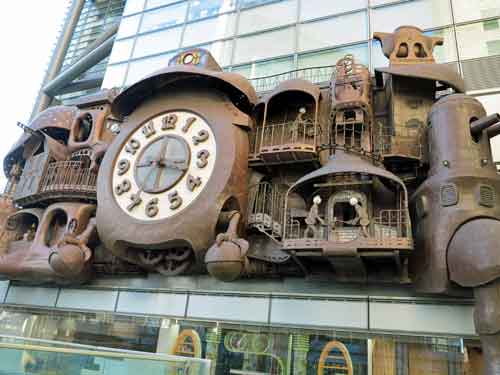 Nippon Television Tower has 32 floors and was designed by British architect Richard Rogers. The building has a funky clock motif on its exterior, designed by anime movie director Hayao Miyazaki. There's an Anpanman shop in the building and a glass-fronted studio where visitors can watch NTV live broadcasts. 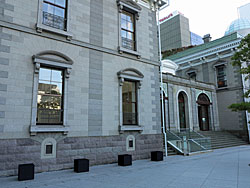 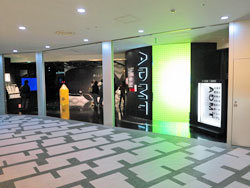 Walking north from Shimbashi Station is Italia-gai (Italian Town), a pleasant neighborhood of buildings designed in Italian style. There are a number of Italian restaurants and cafes here, a large piazza, cobbled streets and the large JRA Wins Shiodome, an off-track betting facility for Japanese horse racing.

Continue on to Hamamatsucho Station and the twin high rise buildings of Shiodome Shibarikyu Building, which houses a Pokemon Center and the Shiodome Building on either side of an urban garden space.

How to get to Shiodome Shiosite Tokyo

A short walk from Shiodome Station on the Toei Oedo subway and Yurikamome Lines, or easy access from nearby Shimbashi Station on the Tokaido Line, Yamanote Line, Keihin-Tohoku Line, Yokosuka Line, Asakusa Line and Ginza Line. 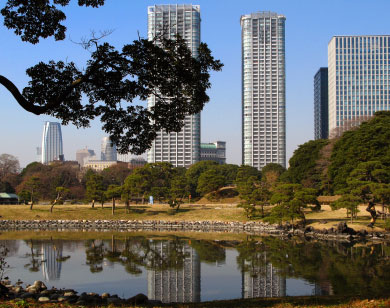 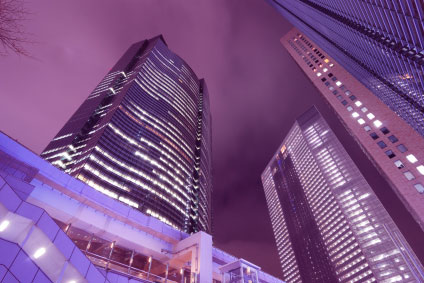 The Royal Park Hotel The Shiodome is a top quality hotel in the area occupying floors 24-38 of its tower building with amazing views out over Tokyo spread out below. The basement floors have a branch of Kinko's, a convenience store and the Mandara Spa.

Just opposite the main entrance to the Royal Park Hotel is a British-style pub, the Rose & Crown. Other recommended hotels in the Shiodome/Shimbashi area are the Park Hotel, the Conrad Tokyo, the Mitsui Garden Hotel Shiodome Italia-gai, the Hotel Villa Fontaine Shiodome and the APA Shinbashi Onarimon.

Shiodome is an excellent place to stay if you wish to visit nearby Hamarikyu Gardens, Tsukiji Fish Market or the up-market shopping district of Ginza. 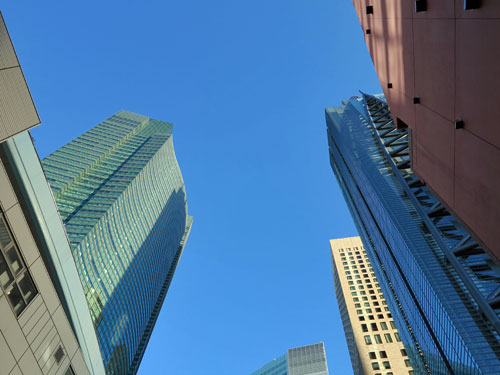 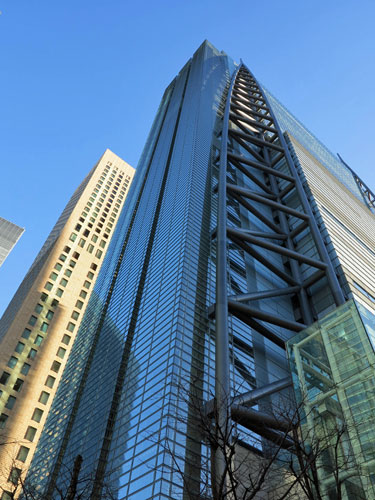